Upholstery derives its name from the first mill it started trading from way back in 1947 in Todmorden. Originally set up by Mr and Mrs Lomax they quickly grew the business with the help of a wealth to talent in the local area. By the 60s they with a considerable workforce they moved again to a new larger factory in Todmorden.

After another twenty years the business moved again to its present home in Mytholmroyd where they have gone from strength to strength synonymous for producing quality traditional upholstery. A Little know fact is the owner of Cheshire Upholstery spent a formative twelve months working in the vale factory.

Morry Lee set Bridgecraft almost 70 years ago in a small workshop by Leeds Bridge. Originally know as Bridge Upholstery they soon carved out a reputation for the very highest standards in traditional upholstery. However it wasn’t until the 1960’s that they started producing the three-piece suite that they are so well known for. Now the Vale group has produced the brand for over past ten years. 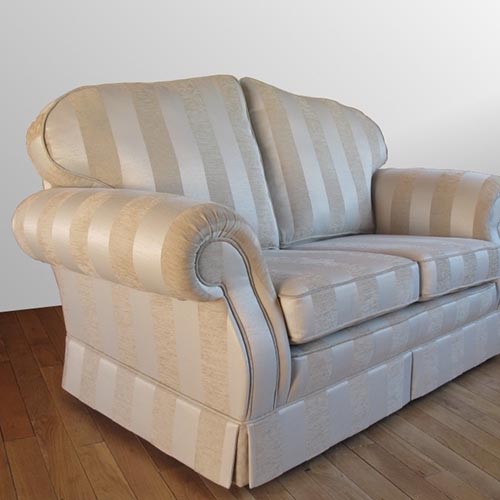